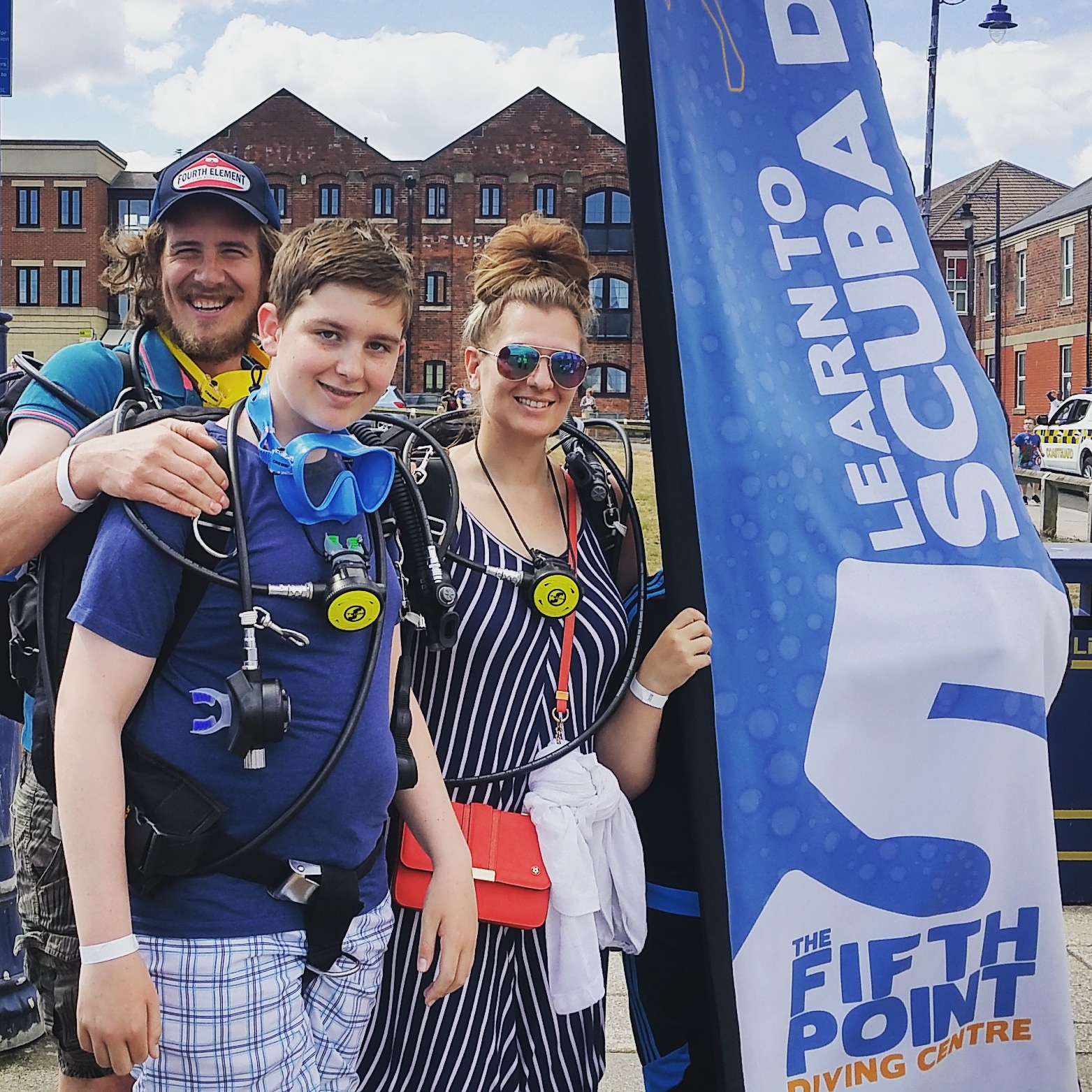 The Fifth Point Alive In Blyth

The Fifth Point were delighted to be invited to take part in the first Alive in Blyth celebrations. A rebirth of the old Carnival that used to be a huge event in Blyth, we're celebrating the town's achievements in 2018.

Over 400 people joined the parade from the Quayside to the Market Square including our team who were dressed in scuba gear! We were planning on the full get up - wetsuits, fins and all... but as it turned out to be one of the hottest days of the year, we decided tropical diving gear was more appropriate!

We spoke to so many people on our stall in the square where we also had an environmental activity as part of the Children's University.