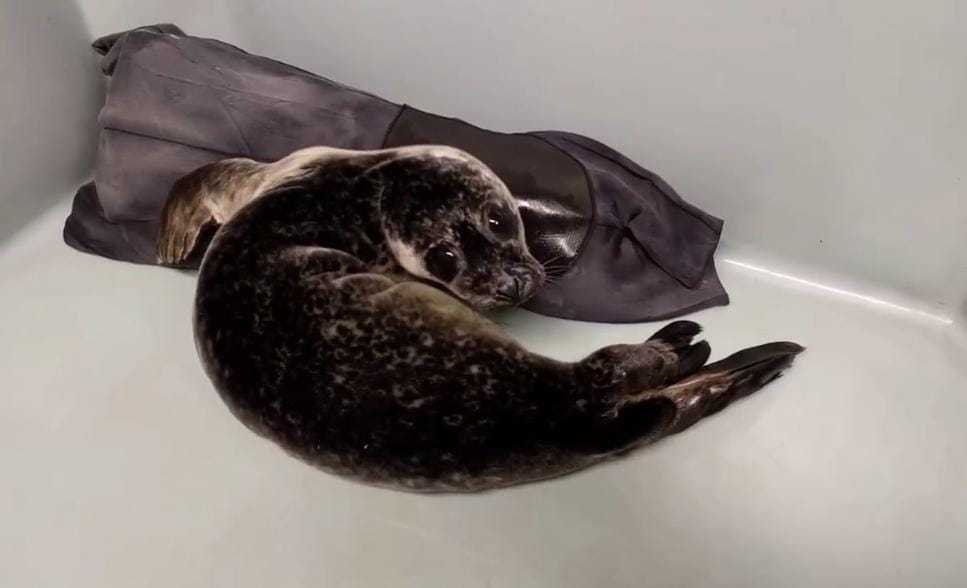 These Baby Seals Need Your Help!

do you have an old wetsuit!?

Our friends at the Seal Hospital are asking for old wetsuits to upcycle into makeshift mammies for their baby seals!

Where Is The Seal Hospital?

The hospital is based at Tynemouth Aquarium and manned by British Diver Marine Life Rescue volunteers and houses the most poorly seals from our North East Coast while they recover. If you're visiting the aquarium, you can actually see the patients - go to the seal enclosure, when you walk through the sliding doors, turn right. You'll see the unit in front of you with windows into the pens. Remember to move slowly and quietly past and don't touch or knock on the windows.

James, Harry and Nic are trained British Diver Marine Life Rescue medics. When they attend a seal that's been reported to BDMLR, they need to make an important decision regarding the health of the animal. In most cases, the seal has hauled out for a bit of a chill in the sun but has been reported by a concerned member of the public. This is completely normal behaviour by our seals, but they don't always pick the best spots for a rest! If they end up on the beach where they're going to get harassed by passers-by and their dogs, they'll probably decide to move the seal to somewhere quieter.

Moving a seal is not as easy as it sounds... if it's healthy and strong, it's going to be fiesty! The last place you want to be is at the bitey end of a seal! This is why we can never understand some of the interactions we see between divers and seals. They play with them like they're pets, forgetting that they're wild animals. If you get bitten by a seal, you're in trouble. You need to go straight to A&E to get the wound cleaned out and get all your jabs to protect you against a horrible infection called Seal Finger. Not only is the seal's mouth full of razor-sharp teeth, it's also pretty gross in there with lots of bacteria!

Sometimes they'll assess a seal and it needs treatment. Ailments like lung worm are really common, plus they find a lot of seals who are underweight or with wounds and marine debris entanglements. In these situations, they will arrange for the seal to be transported to the vets for treatment. There's been a few seals in the back of our dive van and they STINK!

When Do They Go To Hospital?

If they're ill, it's quite likely that they'll end up in the Seal Hospital! Here, they're looked after by an army of volunteers working round the clock feeding, cleaning, exercising and administering medicine.

In these spring months, we get a lot of younger seals that have found themselves in trouble. If they're very young, they've been separated from their mothers and will struggle to survive on their own. The baby seals in the hospital do feel lonely, so here's where we need you!

The hospital is asking for old wetsuits from divers, surfers, swimmers and kayakers. They are going to upcycle them into mammy cushions for the baby seals to snuggle up against.

We only had one old wetsuit to spare (all our gear is pretty much brand new) - that's the one they've used in the photo already. If you have anything you can spare, drop us a message and we will arrange everything!