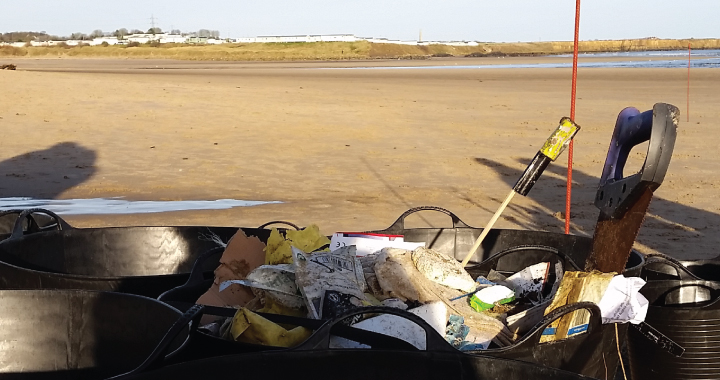 Another gorgeous day for a beach clean - does someone order up the weather for us because we've never gotten wet yet! Maybe we've just jinxed it.... It'll be chucking it down next time!

Normally when we rock up for our beach cleans, our awesome volunteers can't help but start litter picking in the car park straight away. Usually there's a load of old McDonalds cartons or stuff dumped by fly tippers. However, today was different - there was hardly any rubbish lying around the cars. A pleasant surprise! It's a pity it didn't continue down to the beach itself. Now that the vegetation around the dunes has died off with the winter months, it's exposed all the litter that was hiding along the coastal footpath. Most of our haul came from up there rather than on the beach.

Once again, our volunteers were faced with a barrage of dog poo - 3kg of it to be exact...

We'll never understand what goes on in the minds of some dog owners. They've dutifully picked up their pet's poo from the beach. They went to the trouble of purposefully going to the shops to buy some little black bags and they remembered to put it in their pockets before they left home. They know that it's wrong to leave poo on the beach. They know that it's not socially acceptable and what would people think if they were seen to walk away from it?! The shame! So, they pick it up.

What we can't understand is why after going to all that effort to pick it up, do they then fling it into the bushes on the way back to the car. THERE'S A BIN RIGHT THERE! You literally have to walk past it to get to your car! At least if it's left on the beach it will degrade. Parcels of plastic wrapped poo will sit for years, and as we are being made more aware through programmes like Blue Planet II, plastic causes a massive risk to our wildlife.

Most of our regular beach clean volunteers live in Cambois. They're on the beach every single day and they are doing their own mini beach cleans as they go. We're convinced that it's these guys who are making the biggest impact on our beaches - not only because they're picking up rubbish, but people SEE them doing it. They're changing the attitudes of beach goers.

It's always great to meet people during our clean ups. Like the lovely lady who stopped for a chat telling us that she encourages the local younguns to pick up litter. They enjoy it so much they boast to her about how much they've collected. She also challenges irresponsible dog owners - an extremely brave thing to do as it can often be met with abuse. She picks up other people's dog poo because it annoys her so much.

Absolute legends, every single one of you!

Our eco warriors are always disapointed when they get a small haul. It's double edged really because you're happy that the beach is clean, but feel unsatisfied because you wanted to fill more buckets!

In total we collected 43kg of rubbish, with only 1kg of that in the Marine Conservation Society Beach Watch survey area. Which is brilliant - a relatively clean beach compared to our last haul!

Maybe it's got something to do with the 620kg our volunteers have removed from Cambois in 2017! 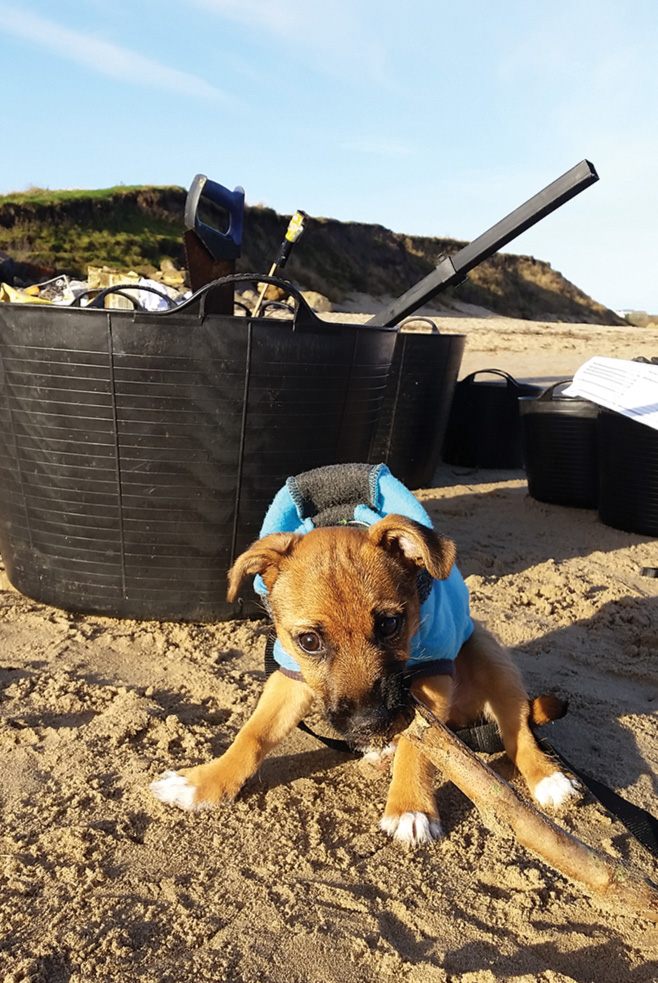 It was also dive dog Haldane's first proper beach clean. Now that he's had all his vaccinations, there's no keeping him off the beach - it's his favourite place to be! Now we just need to train him to pick up plastic bottles and help the cause!

Look out for upcoming underwater and beach clean ups on our Facebook page. Of course, you don’t need to wait for an organised event to make a difference – grab a bag and conduct your own 2 Minute Beach Clean on your next coastal visit.