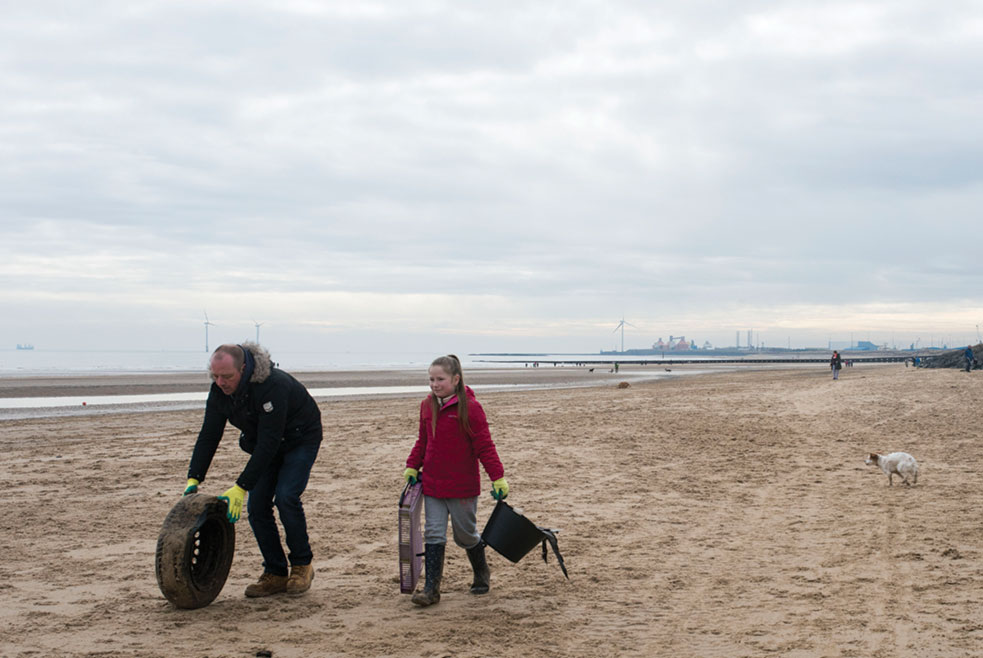 What a tremendous turnout for this month's Marine Conservation Society Beach Clean. With all the increased publicity around the plight of marine litter, like minded individuals are definitely making a movement. Even the Queen herself has banned single use plastic from her royal estates.

Because of this movement, our volunteer numbers are soaring. It's fantastic! We were delighted to welcome a whopping 59 eco-warriors to tackle marine debris at Cambois. After January's record turn out of 23, we invested in another 20 sets of litter pickers and gloves. However, it looks like we'll be buying even more as we ran out of equipment yet again - especially as we already have 80 volunteers signed up for our Keep Britain Tidy Great British Spring Clean on the River Blyth in March!

How Do You Collect 250kg Of Rubbish From A Clean Beach?!

With an army of volunteers, we can collect some serious trash. On first impressions, Cambois beach always looks tidy. A normal tide reaches quite far up this beach. This means it gets a good rinse every twelve hours or so. Unfortunately for the ocean, any litter strewn on the sand is then dragged out to sea.

Those that took part in the Beach Watch Survey were pleasantly surprised to find very little rubbish between the water's edge and the strand line. Only of 3.1kg was collected in the survey area and a big chunk of that was a gnarly metal rod. Nearly 80% of the find consisted of  small pieces of plastic rubbish and polystyrene. 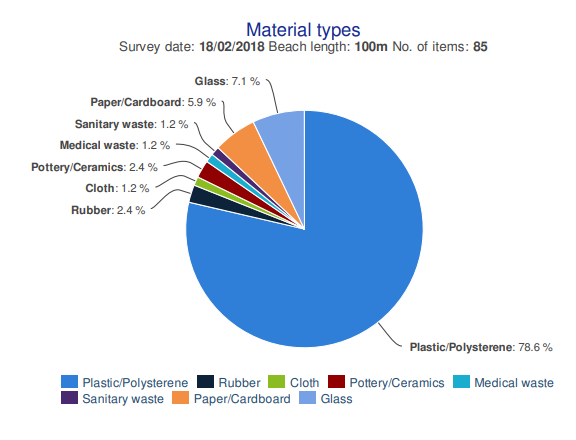 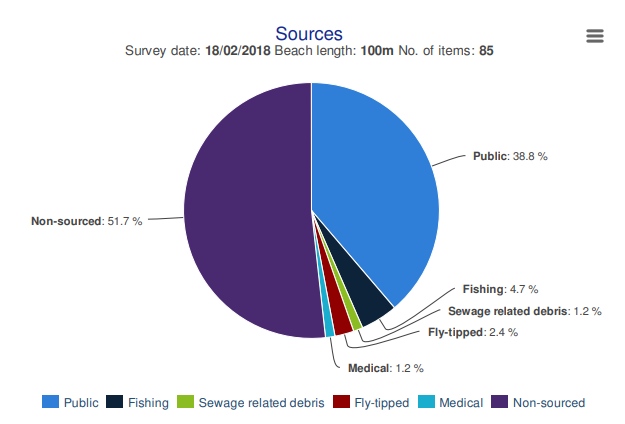 Once you start to explore the area outside of the normal tidal zone, you realise the true extent of the problem. The waves can reach the full length of the beach on a spring tide or in stormy weather. The rest of the mammoth haul came from deep within the sea defences, dunes and river mouth.

The Power Of The Ocean Made For Tricky Collection In The Sea Defences...

This particular stretch of beach has a large section of rocky sea defences. Our volunteers scrambled over the boulders to collect huge amounts of litter hiding in the nooks and crannies. The amount of polystyrene found on this clean-up was horrendous. It's obvioulsy been accumulating for months behind the rocks and volunteers were arm deep in the defences pulling out handful after handful of the pesky material.

It's got to be one of the worst single use plastics produced. Although it does a very good job at protecting delicate items, once it's finished with it can't be used for much else. It can't be easily recycled - most councils won't take it. It can be reused in building insulation after lengthy processing - but this is a really niche project.

Instead it gets binned and taken to landfill. Or worse, makes it's way into the environment crumbling down into those tiny annoying white balls which are easily mistaken as fish eggs by wildlife. 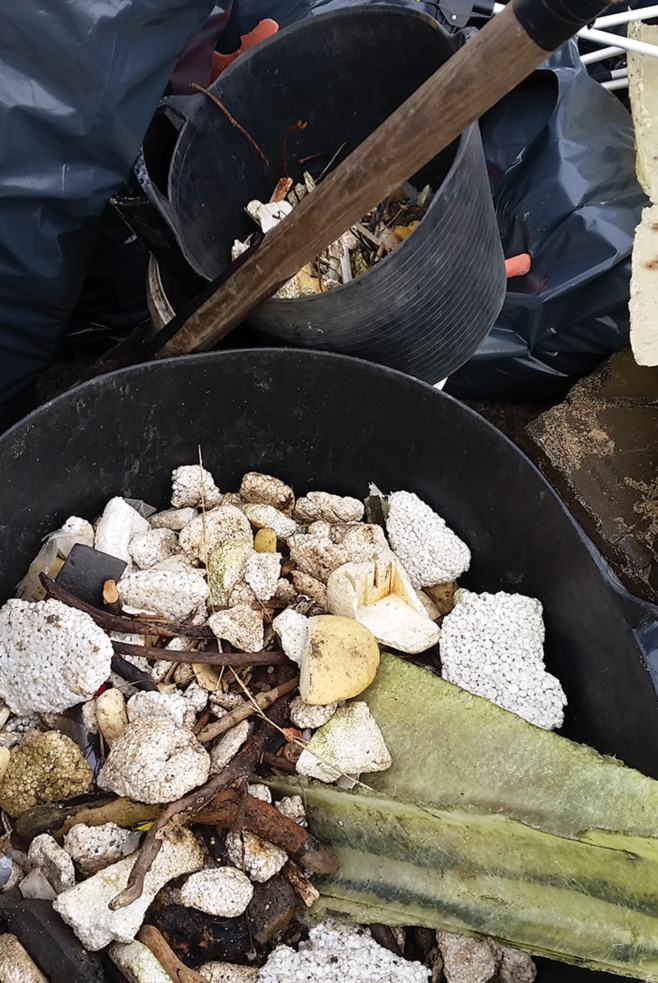 The power of high waves forces fishing nets, tyres and plastic sheeting underneath these huge rocks, trapping them forever. Some of the debris is impossible to remove without physically shifting the rocks. Other bits come out with some persuasion, but one thing is for sure - we need to add shears and knives to our arsenal of tools! This will allow our volunteers to cut out as much of the tangled net and rope as they can. 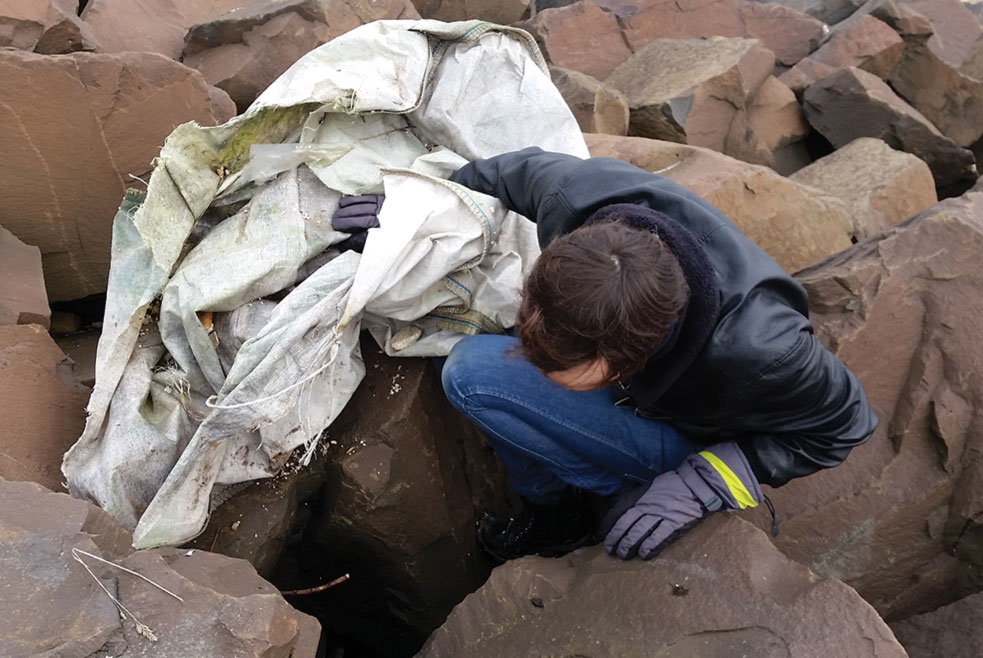 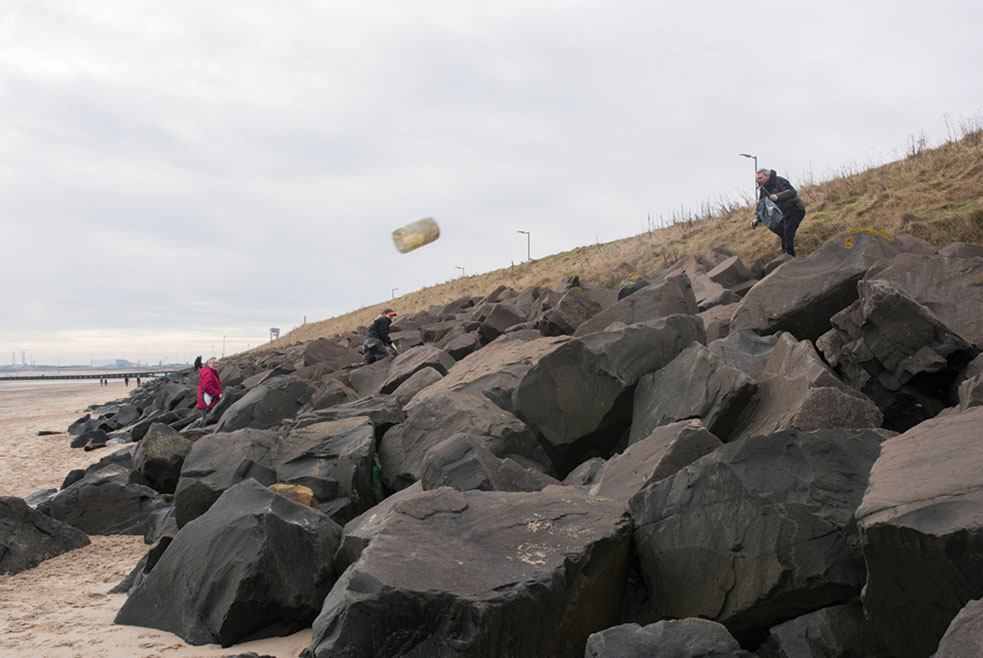 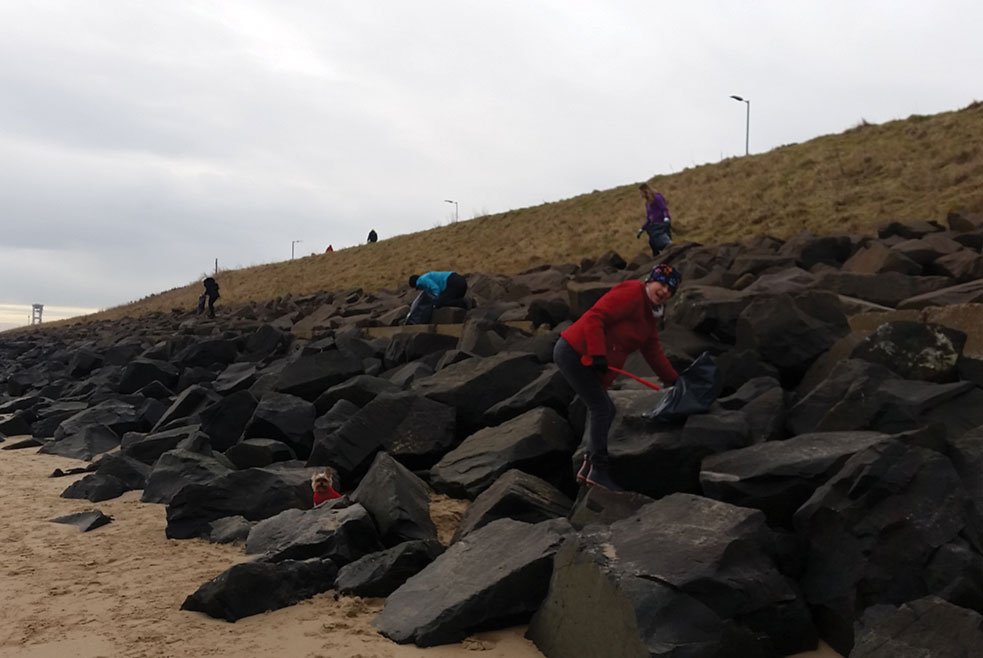 It doesn't happen very often, but during this beach clean some of our hard working volunteers were rewarded with treasure rather than trash. It's got to be good karma when a volunteer finds some money! Take it as payment for all the hard work you do (although a fiver isn't really enough is it?!)

One of our volunteers also found an unopened back of kindling - perfect for their wood burner at home. Perhaps it was discarded after a beach BBQ, either way it'll now get put to good use! 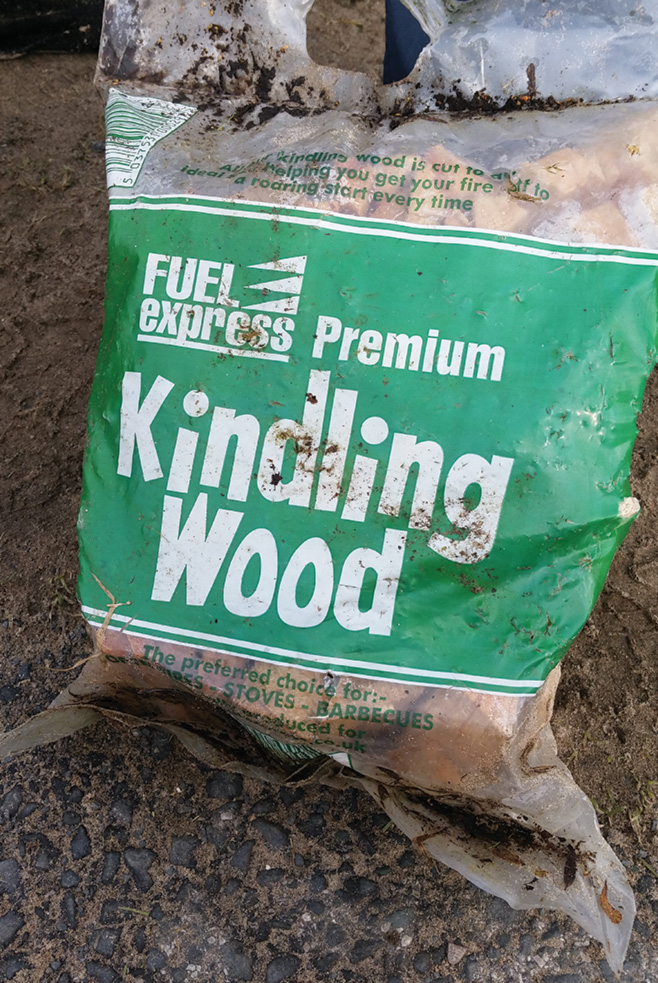 We'll be back on Cambois Beach on the 18th March. You can register your interest on the Marine Conservation Society Beach Watch page or on our Facebook event. We've also got a very special litter pick at the dive centre on the 3rd March as part of Keep Britain Tidy's Great British Spring Clean. Look out for upcoming underwater and beach clean ups on our Facebook page. Of course, you don’t need to wait for an organised event to make a difference – grab a bag and conduct your own 2 Minute Beach Clean on your next coastal visit.