I LEFT PARADISE TO SET UP THE FIFTH POINT...

This summer marks the 5th anniversary of The Fifth Point. 5 years of diving, surviving and thriving have gone over in the blink of an eye.

One of the very first blogs I wrote was just after James and I had got back from paradise. It's called "I'm Not Crazy... Honest: Why I Left Paradise" It's the story of why we decided to come home after 4 years of working in Tioman, Malaysia and set up The Fifth Point.

5 years on, I wanted to give you an update... Was leaving paradise worth it?!

THE TRUTH ABOUT BUILDING A DIVE CENTRE

We've both literally and figuratively built The Fifth Point over the last 5 years and I'll be honest, it's been hard graft and full of ups and downs, but I've thoroughly enjoyed every minute of it.

In late February 2017, we started building the upstairs extension on top of what was originally a joiners workshop. My Uncle Peter drew up the plans, my Dad project managed everything, with the help of a team of pro builders and engineers (plus me and James trying our best!), the dive centre started taking shape. 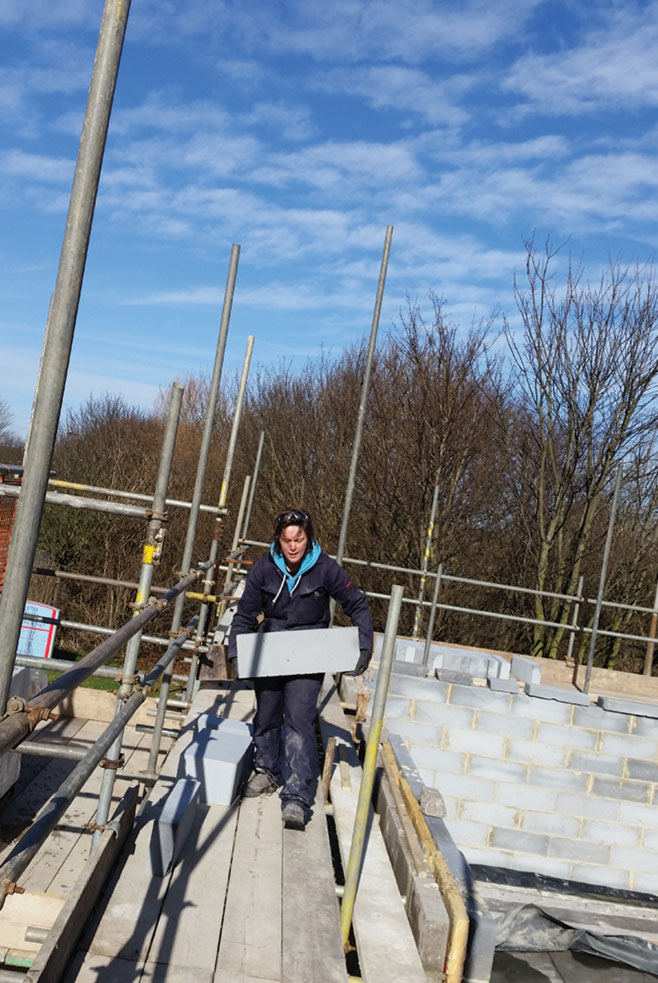 Once the extension was up, it was time to decorate the inside. The brief: "make it the opposite of a stereotypical UK dive center". We wanted the space to be warm and welcoming and perhaps most importantly, there was to be no slat wall in sight!

I came up with some design ideas that involved using as much reclaimed materials as we could get our mitts on. This then meant about 3 weeks of breaking up hundreds of old pallets. 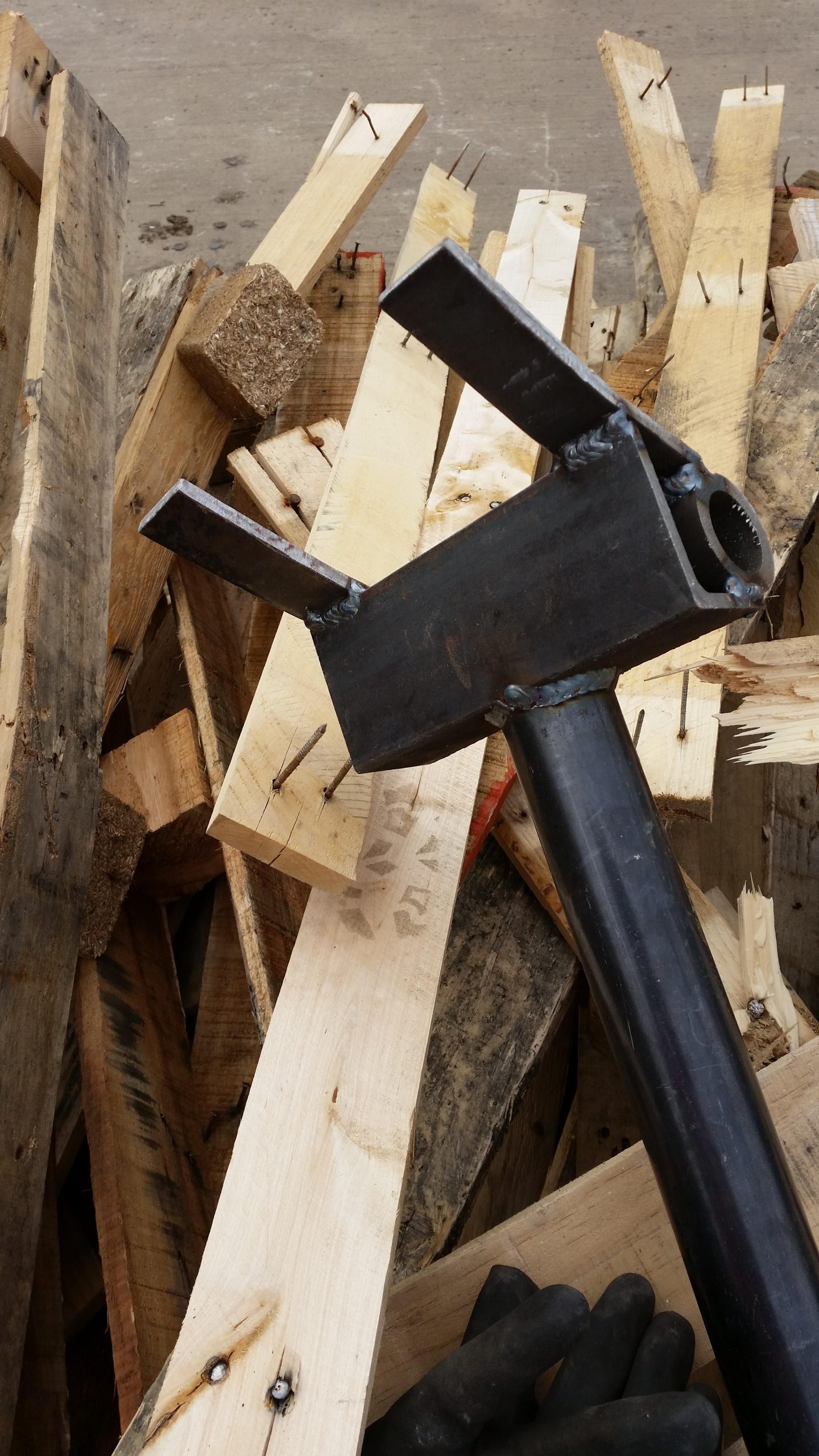 Our parents and friends all came to lend a hand painting, and the dive centre started looking pretty cool if I do say so myself. We scavenged some old chesterfield sofas, built some retail displays out of the pallets and got the logo up on the wall. 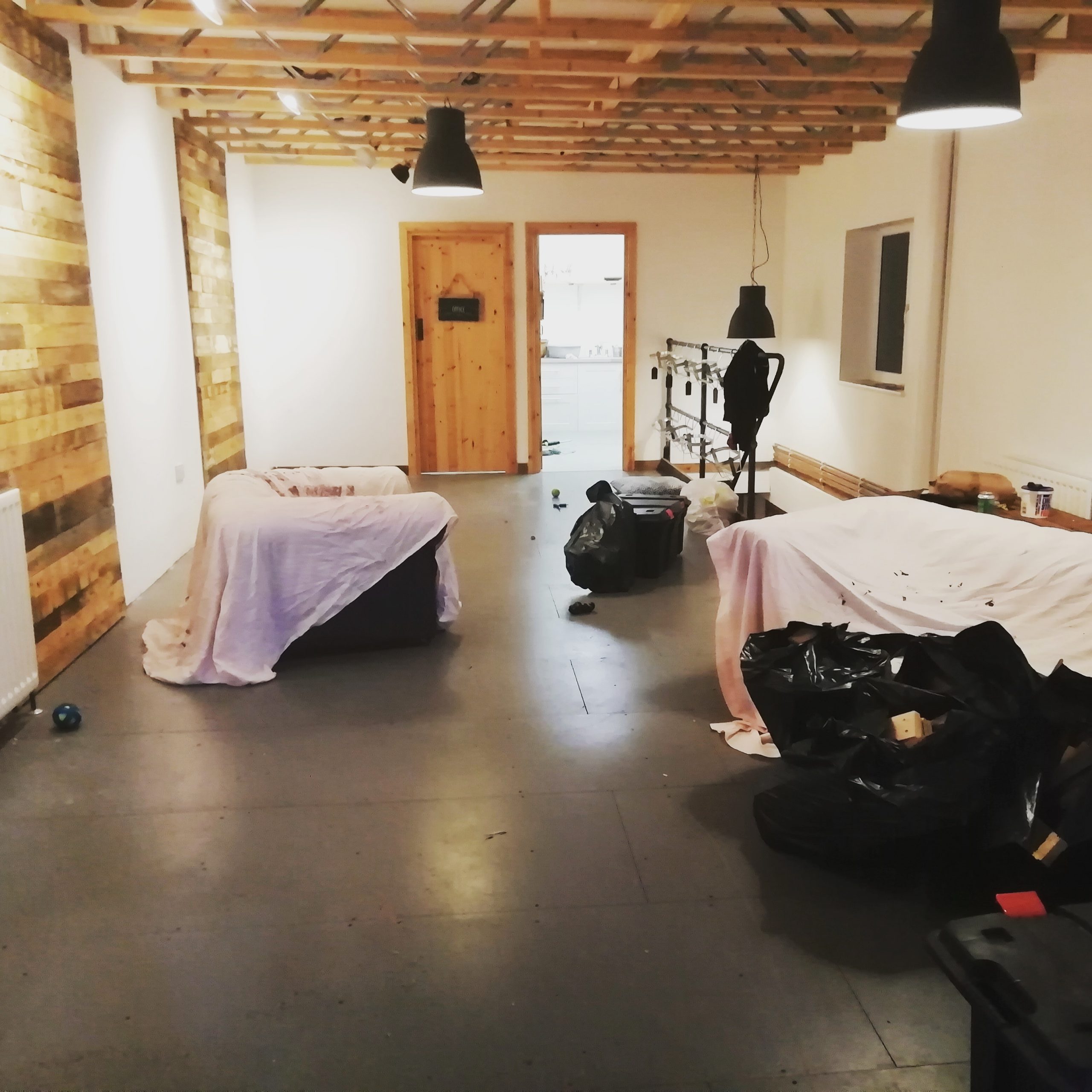 The training tank was installed so we filled it up (it takes 15 hours if you were wondering!) and we were ready to go.

If you build it, they will come... right?

After the big opening day on the 10th June 2017 which was well attended, we had sooooo many weeks of tumbleweeds. Not a single customer came through the door. It was like being at Eco Divers in Malaysia all over again, except there was no hammock or bar nearby to pass the time.

I thought we'd done all the hard graft. The build was a full on 4 months of long hours and Elton John (why does Smooth Radio play so much Elton John?!)

Maybe I was a bit naive to think that once the dive centre was open, people would be flocking from all around the North East to go diving. That certainly wasn't the case and the next 12 months were definitely a test of our grit and determination. On numerous occasions, we doubted ourselves - had we made the wrong decision to leave paradise??

Lots of people said "if you can get through the first year, you'll be fine" and also "you'll only really know if it's going to work after 5 years..." - more on that last point in a minute!

We learnt sooo much in our first 12 months. While we'd managed a big centre before, we'd never been in the position where the buck stops with us. Previously we relied on the owners who'd been in the game for over 25 years to fix the problems when the proverbial hit the fan.

Now we were the owners and we were solely responsible for every single element of our business. We had to make sure that our divers were safe, that we were meeting all standards and regulations that were expected of us, that our customers were happy, the logistics flowed and above all that we were making enough money to keep the business afloat.

It was extremely challenging. Especially as we were working "in" the business with very little time to work "on" the business. James and I were the only instructors - we hadn't started to build the team yet. Well, not the human team, anyway. In October 2017 we brought Dive Dog Haldane in for his first day at work. 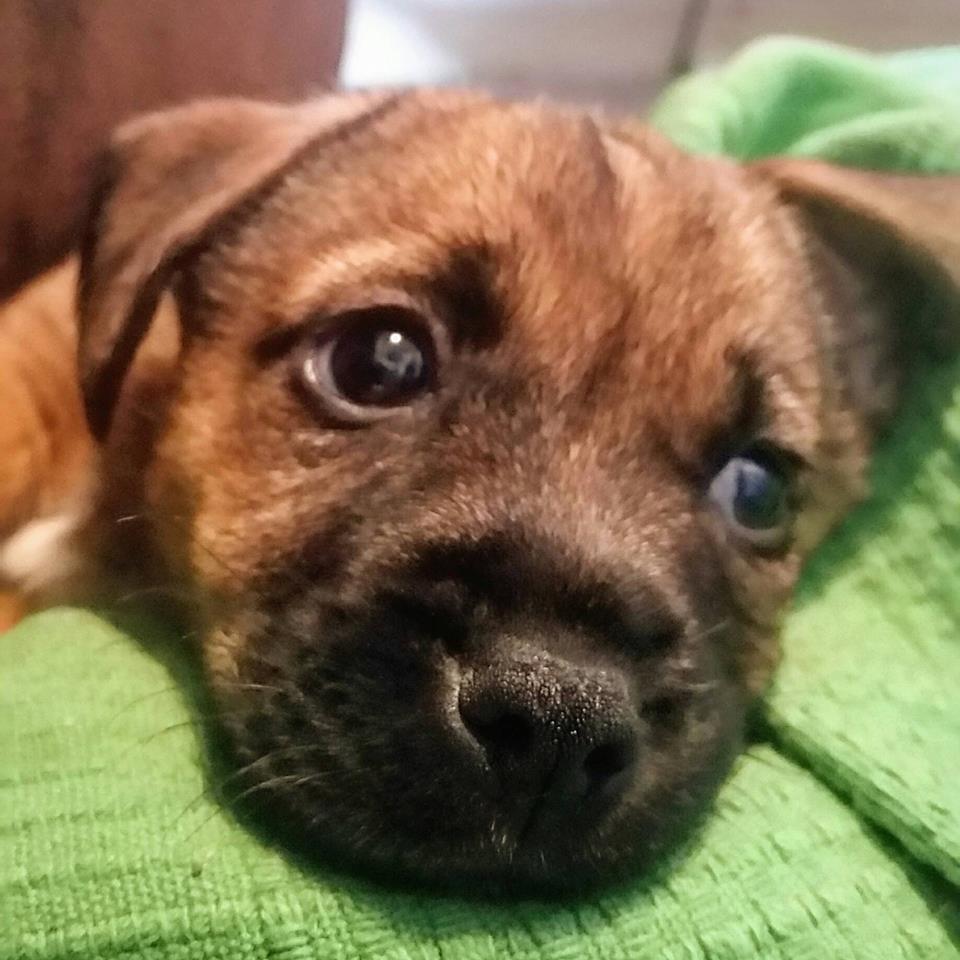 We quickly realised what worked and what didn't, what we were happy with and what we weren't. We tweaked and pivoted regularly to improve the business for ourselves, for our customers and for the environment.

A lot of the changes that we wanted to make meant challenging the norms of UK diving. We were making big decisions that could impact the success of our business because a lot of them went against the grain. We made a hard stand against touching marine life and hunting for lobsters. We started teaching everything in wing and long hose. We started to pay our instructors and in turn raised our prices to cover the costs. We chose not to dive at certain (extremely popular) sites to support local conservation groups. We stopped allowing all but the most experienced divers from entering the water without a guide to take care of them. We turned every dive into a dive against debris.

Looking back on those decisions now, they seem trivial and obvious. At the time, we felt like we were taking massive risks changing what we did. We honestly had no idea if we would survive the decisions we made. Some of them could have broken us if it put customers off. But we stuck to our guns because we wanted things to be better in the industry. Sometimes you just have to trust your gut and do what you think is right.

Luckily, it worked and our little dive centre began to grow.

I often think we are jammy gits. Some of the things that have happened to us make me think someone is watching down aligning the stars in our favour. Like when we found the training tank. Our mate sent us a link to it on Gumtree (thanks Alan!) I mean, how ridiculous is that? Just as Uncle Peter is drawing the plans for the dive centre, we find a 22,000 litre ROV test tank up for sale just down the road. The drawings were quickly updated to include it and I honestly don't think we would have made it this far without our little training tank. 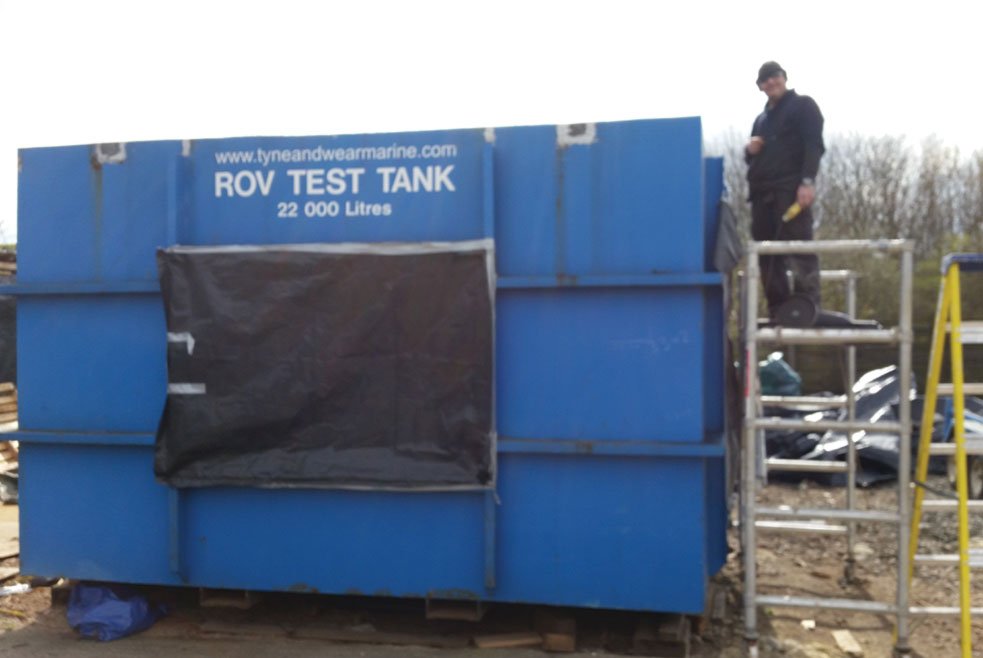 Looking back on the last 5 years, we've been incredibly lucky to have met some amazing people. Our network of family, friends and peers have been instrumental in our success.

Just look at our team - we've got more than a dozen incredibly talented, passionate and committed PADI pros supporting us. From newly qualified instructors and divemasters to experienced salty sea dogs, they're all fantastic.

Just look at YOU, our lovely customers! You share our commitment to protecting the ocean and without you, The Fifth Point couldn't exist. You support us financially and I hope that we continue to deliver everything you expect and more.

In 2018 and 2019, you helped us grow and we had epic adventures. Everything was brilliant and then...

We all know what happened next.

James and I found ourselves in a very unfamiliar way of working, and I don't just mean working from home...

We were in survival mode.

I'll be honest, we were panicking. Like most people, we thought the lockdown would only be for a few weeks. Once it started getting extended over and over again, we realised we had to find a way of getting money into the business if we wanted to survive.

We weren't eligible for any government grants in the early stages of the pandemic. We had to come up with something quick to keep the wolf from the door.

We took diving online. We planned out all of the courses we could teach over zoom - everything from the AWARE eco specialty to dive equipment. We decided to host them completely free to help bring the diving community together and relieve the boredom, although people could pay a little bit if they wanted to get the official PADI certification.

It was incredible, we had people from all over the world join us - we were planning online courses to hit different time zones! Despite being closed for the majority of 2020, we still managed to certify MORE divers than 2019! If you joined us for one, thank you so much! You literally helped save the dive centre! 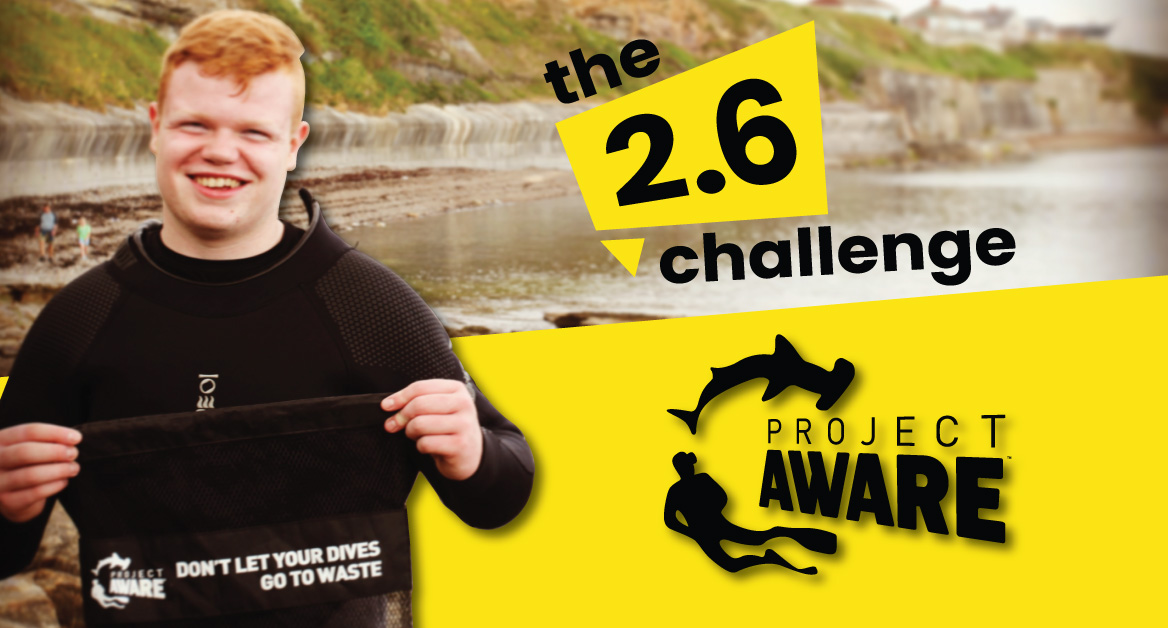 By the second and third lockdowns, the novelty of connecting online had worn off. We knew that we couldn't rely on zoom courses to pay the bills so we were back to survival mode once again. This time, betting on the lockdowns being shorter, we focussed our efforts into marketing all the cool stuff we'd be doing when we were allowed to open again.

We did some crazy stuff to promote the dive centre. We took part in the 2.6 Challenge where we live streamed Harry doing challenges (like eating a Milkyway) at 2.6m in the training tank. We took people on a virtual dive on Facebook Live to showcase the amazing dive sites that Northumberland had to offer - whetting their appetite to get involved once restrictions had lifted.

It was a hard slog, but we made it through, thanks to the support of our amazing following.

We opened up again and hit the water. We had such a massive backlog of students from lockdowns we ended up having to hire more full-time instructors. We also added another important member to the team. In November 2021, Dive Dog Buoy joined us from Romania and started work straight away. 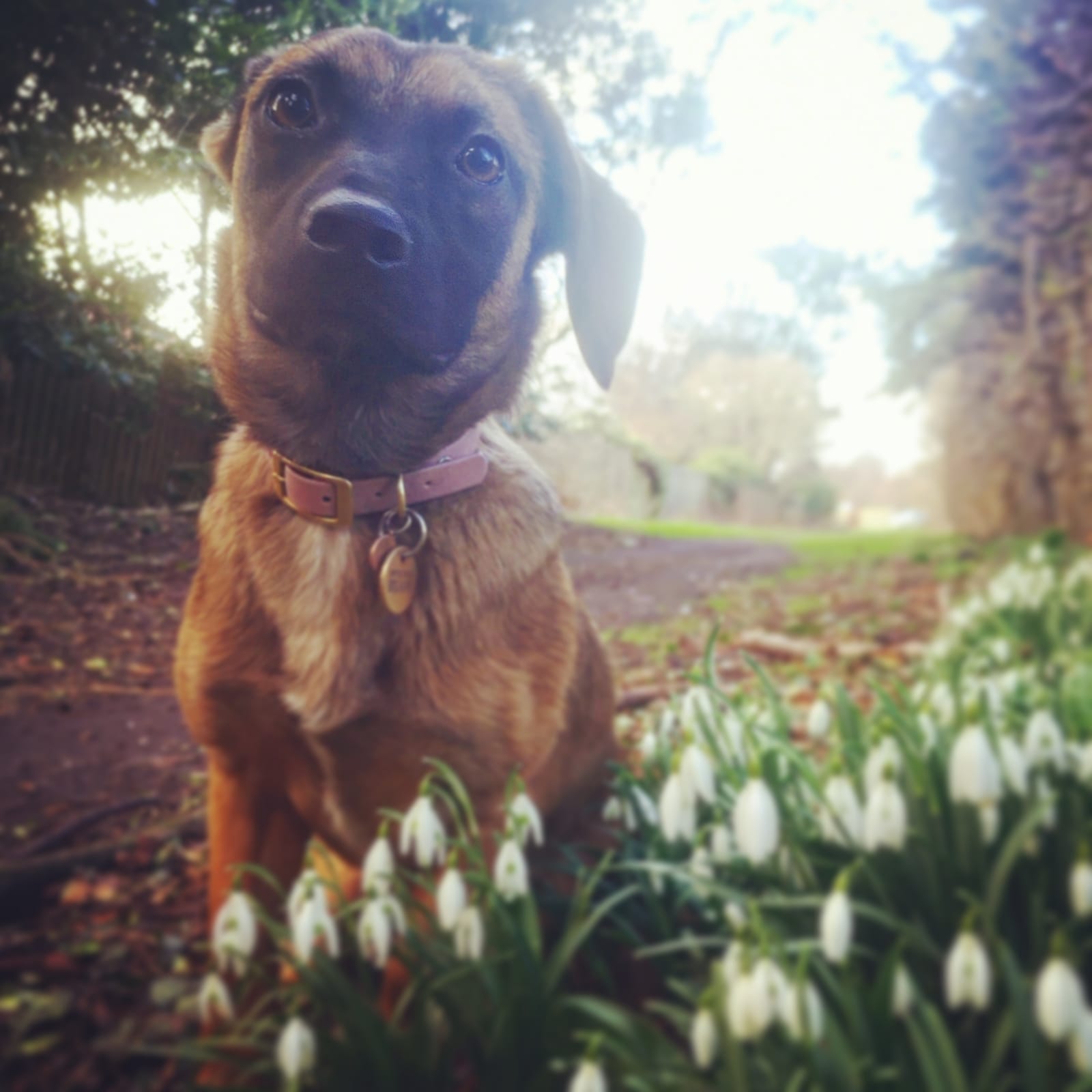 YOU'LL KNOW IF THE BUSINESS IS WORKING AFTER FIVE YEARS...

So here we are, our fifth birthday. Is the business working? Were we crazy to leave paradise??

Well, I do feel like the pandemic cheated us out of a couple of years, and we're still trying to recover to full strength, but we're growing again. After a scary time, I feel like we're getting back on track.

Everything happens for a reason, and although I might think of 2020/21 as unlucky times, there were actually loads of new things we tried and have now become a normal part of the business - things we would never have dreamt of had we not been in survival mode. Plus it gave us that essential time to work on the business rather than in it, allowing us to plan out the future of The Fifth Point.

So, we might be two years behind the master plan, but we're going in the right direction!

Leaving paradise to set up The Fifth Point was the best decision I ever made. Here's to thriving in the good times and surviving the bad for another 5 years!

Thank you for all the support, you're the best.