There are A LOT more than 5 reasons why we should protect the 400+ species of shark in our ocean. I could literally talk about sharks and their protection all day but I'm going to keep it short and snappy!

Here are the top reasons protecting sharks is so important and ways you can help.

1. SHARKS ARE VITAL TO MARINE ECOSYSTEMS

They increase the health of reefs by creating niches for species to survive in and reduce the spread of diseases, therefore increasing biodiversity! Sharks also stop species from overpopulating therefore keeping the reef in check!

They are also a huge regulator in the earth's carbon cycle. Not only do they keep reefs healthy (largest carbon sink on the globe) but due to the sheer size of sharks, they also store large amounts of carbon within their bodies throughout their lifetime. Cool right? Once the shark has died naturally, the corpse sinks to the bottom and decomposes, over time being eaten by other creatures. However, we know that reefs are super fragile, right? Well, when we unnaturally remove a shark from the ocean (at a rate of about 100 million per year) this, not surprisingly, has a huge impact on the reef! That perfect balance is now disrupted with a change in carbon and a detrimental effect on the food chain.

Sharks are literally a sign of a healthy reef!

2. SHARKS ARE NOT OUT TO HUNT OR HURT US

Yup, that's right! Sharks aren't these scary man-eating predators that the media makes them out to be. I know what you're thinking… Jaws is scary! Well… did you know Peter Benchley (the writer of Jaws) stated that if he were to do it all again, the shark “would have to be written as the victim, for, worldwide, sharks are much more the oppressed than the oppressors” and after felt bad about the way sharks were portrayed and thus feared following the film. He is now an advocate for protecting sharks.

Daily, divers have amazing interactions with sharks whereby there is no intent to harm displayed by the creatures.  It's actually easier to deter a shark than attract one. Sharks kill around 12 people worldwide annually. 260 people die every year taking selfies! Sharks are inquisitive, as are all animals, we are in their home after all! Respect them and they will respect you.

3. SHARKS ARE WORTH MORE ALIVE TO US THAN DEAD

For those out there who aren't big shark fans, perhaps money could be the motivator for protecting sharks. A living shark is worth around $2 million dollars in its lifetime due to tourism but a tasteless non-beneficial shark fin sells for only around only $100. I know what I would rather choose. When diving, always opt for ecotourism and responsible, eco-conscious dive centres. This way we can preserve what we love!

4. THEY'VE SURVIVED FOR OVER 400 MILLION YEARS

Sharks have been cruising around the seas for over 400 million years… FYI that's before the dinos! Within this time period, they’ve pretty much adapted to every challenge they've faced, including an asteroid and several climate changes and extinctions. Arguably, the most hardcore creature to live on planet earth.

It gets more interesting… sharks actually have a 6th sense! Their 6th sense is electroreception, with electroreceptors being found covering the head. Electroreception allows them to detect electric fields within the environment and aids in hunting prey. Their 6th sense also lends support to the species long-term survival giving them the upper hand within the food chain (as if they needed it!). Fact: Sharks are the most electrically sensitive animals known.

Taking into consideration all of the information above… we really don't want sharks to become extinct. Within the last 50 years, mankind has caused a 70% loss to pelagic sharks and rays. Take that in, 70% of shark and ray species removed by man after inhabiting the world for over 400 million years and 150 million for rays. This is an irreversible change for a short-term benefit but long-term negative effect. Now, a further 25% are threatened with extinction. This rapid decrease has been due to factors such as overfishing, finning and the growing craze for shark liver oil (squalene).

Overfishing, longlining and trawling devastate reefs by removing sharks and carelessly catching and killing other ‘unwanted’ species such as fish, turtles, seabirds and dolphins. Again, this has an absolutely horrendous effect on the balance of the ecosystem. To combat this, only eat fish that comes from sustainable, responsible, local fisheries.

Furthermore, finning has gone from being a ‘delicacy’ to an extremely high demanded product, largely within Asian culture. Not only do shark fins have no flavour but they also scientifically have no added health benefits, as they are believed to have. Infact, there is actually concern with the meat containing mercury. Sharks are torn from the ocean, have their fins cut off by hand and are then thrown back into the sea where they’re either eaten by other predators or die from drowning. This is completely inhumane and wrong.

Finally, sharks are killed for their liver oil (squalene) which is used in medicine, beauty products and so much more. Although it is believed to hold many benefits, many relating to healthy skin, you should consider replacing it with vegan plant-based alternative to do your bit towards protecting sharks.

SHARKS IN THE UK

We have over 40 species of sharks in the UK which is just amazing. Although we won't see all of them while we're out diving, there are some that we've got a good chance of spotting.

Basking sharks are commonly found in Scotland, occasionally we even get them off the Northumberland coast. They're the second biggest fish in the sea at around 12m long and they eat zooplankton. They're also an endangered species so we are very lucky to see them. 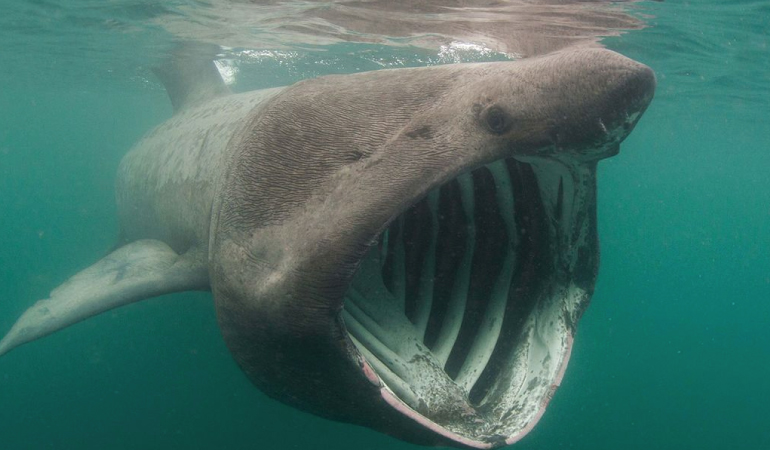 Blue sharks are usually found in warmer waters so we don't see them up here in the North East, but if you travel down to places like Falmouth you've got a really good chance of spotting them.  We even get the occasional smooth hammerhead say hello! 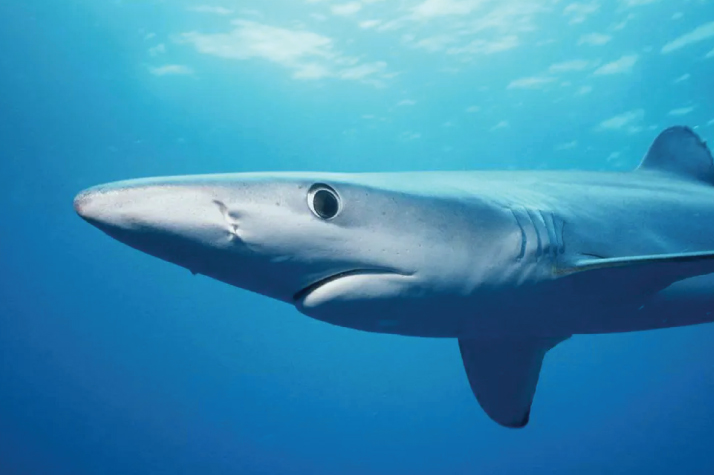 There is one cute little shark that we see regularly on our dives - the small-spotted catshark. We see these ALL over Northumberland. They might be small, but they're beautiful and we can usually get quite close to them as they're chilling on the bottom. 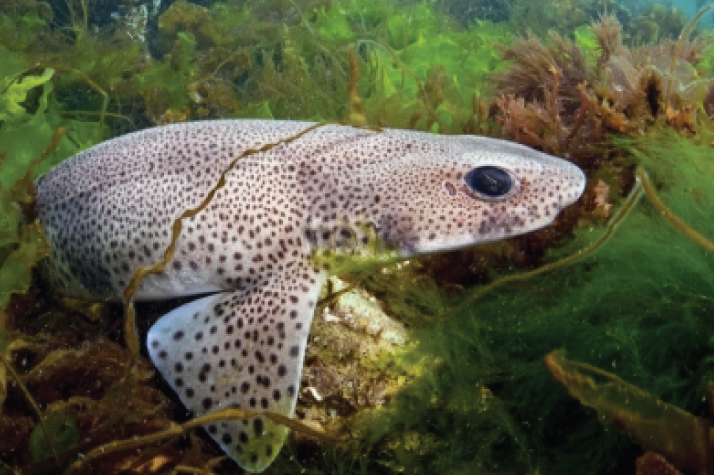 SHARK WEEK AND HOW YOU CAN HELP

August 9th-16th 2021, put it in ya diaries! Within this week, there's LOADS of information being shared! Educate yourself, educate others, donate to charities, raise money for charities and share the love for sharks!

If you want to get a little bang for your buck when helping out sharks, buy a shark-themed 4Ocean bracelet from ‘The Honest Diver’ and support a small business. 4Ocean pulls a pound of trash from the ocean with every purchase so you're technically supporting sharks and the removal of plastic pollution! You're awesome! An epic 2 for 1 deal!

I hope that you've learned something for yourself or to share with others! Sharks are amazing in so many more than 5 ways!